In Christianity & Liberalism J Gresham Machen successfully sought to present the clear-cut case that Christianity and Liberalism are not simply different parties within a unified body of the Church, like Presbyterianism and Lutheranism, but rather two distinct religions competing for the title of Christianity. Addressing the need for a book of this type is the present (as in the 1920s) condition of ambiguous language and a downplaying of significant differences and an overemphasis of secondary or tertiary agreements one party has with the other. In essence, he is appealing to an honest presentation of the facts of the debate without the confusion and misinformation that unfortunately surround controversies. The debate revolves around the importance of doctrine in the face of modern scientific accomplishments and points of disagreement with regards to major doctrines: Who/What is God? Who/What is man? How is Scripture to be viewed? Who/What is Christ? What is Salvation? What is and who is a member of the Church?

Since “no department of knowledge can maintain its isolation from the modern lust of scientific conquest; treaties of inviolability, though hallowed by all the sanctions of age-long tradition, are being flung ruthlessly to the winds” (Machen 3). The theological liberal seeks to save Christianity in the age of science and of scientific criticism by adopting a presupposition of naturalism, which means it presupposes that the only things or events that exist or occur are things that science can or will eventually explain, and shedding various doctrines which scientific criticism finds to be most objectionable in an effort to retain certain desired principles of so-called “Christian Living.” In doing so, they end up “trying to bribe off the enemy by those concessions which the enemy most desires, the [liberal] has really abandoned what he started out to defend” (6).

In the realm of doctrine, Machen wrote that the liberal theologian emphasizes that the life of the believer, not the various teachings of scripture, is important. A mentality of “deeds, not creeds” is what is taught and advocated. Historically, beginning with the ministry of Christ and continuing through the ministry of the Apostles this mentality is not shared by the authors of the Christian religion. It can be seen ironically enough in Paul’s letters. In Philippians 1:18, he praises the fact that the Gospel is being proclaimed, even in spite of the fact that it is done from a position of jealousy and spite with the intent to cause harm to the reputation and ministry of Paul, as well as to cause him physical harm. In Galatians 1:8, he curses the Judiazers who, even though they appear to be living in the faith, have been preaching a false gospel. “Paul was no advocate of an undogmatic religion; he was interested above everything else in the objective and universal truth of his message (21-22). Christ and the Apostles had an “inalienable right to legislate for all generations that should choose to bear the name of ‘Christian’” (18). It is presented as a complete rival and competitor to the Christian faith in that it is clearly teaching something foundationally contrary to that of the teachings of the originators of the faith.

The liberal conception of God is not that of knowledge but of a mere experience of a conceptual god. In their system, man is not depraved and in need of being saved by something outside of himself, but rather, man needs an example, something to emulate, in pursuit of being morally upright. Christianity, however, is built upon something that exists and upon things that have happened in the past, prior to the beginning of the present era of AD. It is upon a true knowledge of God, knowing who he is, and how man relates to him. Christianity hinges on knowing that man is depraved and not as he once was, “all have sinned and fallen short of the glory of God” (Rom. 3:28).

“Christianity depends…but upon the narration of an event. Without that event, the world…is altogether dark, and humanity is lost under the guilt of sin” (60). The doctrine of the plenary inspiration of the Word of God, and the inerrancy which is derived from it, is rooted in the supernatural. The liberal understanding of God’s Word and its authority is that it is not inerrant, and that it is the words of men who had experienced God. The foundation of authority for the liberal “on the other hand is founded upon the shifting emotions of sinful men” (67).

The liberal view of Jesus Christ is that he was a good man who presented himself as a good man and example of faith in God to be emulated by the Christian. He was not the object of faith. In contrast, the Christian view, which is demonstrated throughout the entire New Testament, is that Jesus Christ, the eternal Son of God, who being the God-Man, is the object of our faith and not simply the example of faith. Numerous times Jesus himself claims to be God, as well as others attributing Godhood to him. He also never repented of sin but throughout the Gospels often concluded interacts with the statement of “go and sin no more.” The liberal Jesus is not the same Jesus demonstrated in the New Testament or in the Ancient Creeds such as the Symbol of Chalcedon or the Nicene Creed.

“Liberalism finds salvation (so far as it is willing to speak at all of “salvation”) in man; Christianity finds it in an act of God” (99). Liberalism sees no need for a sacrificial atonement. They ridicule the vicarious penal substitutionary atonement, in his day, as a “subtle theory,” and today it is now referred to as monstrous and evil “cosmic child abuse.” It views the atonement as something not to satisfy God’s wrath but rather as an example of self-sacrifice. The Christian view, however, sees Christ’s death on the Cross as bringing about our salvation. Christ is our Savior because he took to himself the sins of the church and gave the church his righteousness.

The liberal understanding of the Church is that her members are every man, everywhere, no matter what race or creed he is; all mankind are our brothers and sisters. This is true because God is father of all. In Christianity on the other hand, the Church is made of lost souls, who by virtue of the vicarious atonement, are saved and united together in Christ. It is a brotherhood of saved souls in Christ, being universal, with all men everywhere rooted in faith in Christ.

In total, several aspects of religion are presented and contrasted. In the end, Machen asserts with numerous proofs that Christianity and Liberalism are two very different religions, not working together in common cause, but working against one another competing for the label of Christianity.

Christianity and Liberalism garners strong reactions, either glowing with agreement or strong in disagreement, with little to no moderate response, by theologians and academics. “Much in this volume will be generally acceptable to churchmen. However, its spirit and attitude are not altogether promising” (Anglican, 350). Much to the dismay of many of theological moderates, it is a work which is not applicable to all but the most radical of theological liberals. Among his concluding comments, he wrote, “…if one’s choice must be between the ‘authority of experience’ and a literal Bible, there is no question where most modern Christians–at least within the Anglican Communion–stand. ‘Christian experience’ is too precious to be sacrificed in this way” (Anglican, 351). This, however, reveals the problem Machen addresses in his book: What is THE thing that defines Christianity? The above critic seems more than willing to sacrifice the foundation of the structure of faith for the fickle and temporary experiences of human existence.

Dr. Ned Stonehouse writes, “Machen discerned other issues of profound significance” (Stonehouse, 344). Machen presented historic Christianity, which at its core is built upon the narration of history and how it applies to life, a point which the modernist finds “a great stumblingblock” to the faith. Machen cleared the air and “brought into sharp focus the centrality of the Christian view of history and its decisive significance for understanding the gospel…” (Stonehouse, 344).

Machen, in his final chapter on the church, addresses the consequences with regards to the modern thought presented in the previous chapters as a matter of honesty. “It contains a powerful indictment of inclusivism which allowed great companies of persons who had never made any adequate confession of faith, not only into membership, but even into ministry and other places of influence” (Stonehouse, 345). Machen presents a dire situation where ministers preach things contrary to the charter of the Church and the Christian faith, and her missionaries cease presenting a message of a historic Christianity, exchanging it for one that focuses on human experience.

What many of the critics agree on is that Machen does present a clear case that Liberalism and Christianity are two distinct religions, and that a change is taking place from a historic orthodoxy to a modernism. What is not agreed upon is whether this is a good or right thing or to be embraced or eschewed.

John Gresham Machen was a distinguished professor of New Testament Studies at Princeton Seminary. He later founded Westminster Theological Seminary where he was also professor. “He was educated at Johns Hopkins and Princeton University and Theological Seminary, Marburg, and Göttingen. He was ordained in 1914” (Douglas, 618).

Dr. Machen, in a very monumental fashion, accomplished his stated goal for writing the book: He cuts through the fog of war, and makes clear the “condition of low visibility” (Machen 1) and concisely defines the debate and establishes clear battle lines of difference between historic Christianity and modern Liberalism. I can understand the lack of lukewarmness his work brings about in the fact that when you shine a light on someone though who love Christ, they embrace the light and the truth of the matter. To the contrary, those who do not love Christ hate the light and seek to hide the truth. Paul is quite clear when he wrote, “…ungodliness and unrighteousness of men, who by their unrighteousness suppress the truth.” (Rom. 1:18b)

According to Stonehouse, “[Machen’s] only later regret was that he had not used the term modernism rather than liberalism” (Stonehouse, 343). It is a true self-criticism in two parts: 1) that it would relate the movement more towards modernist philosophical thought than liberal as a societal virtue, and 2) it would note its very real novelty in the world of religious thought.

The book is concise and pointed and is very easy to read. For those coming from a historic Christian point of view, but having been raised in or are members of a more mainline church, will identify with the presentation in a very positive way. The chapters Introduction and Doctrine were the most concise and a devastating opening volley. The following chapters are a mopping up of the battlefield with a more detailed response to various doctrines and the consequences of ideas.

One thought on “A Review of J. Gresham Machen’s: “Christianity & Liberalism”” 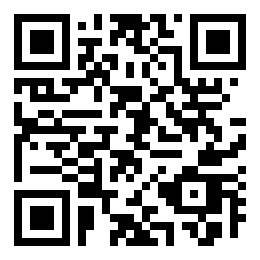 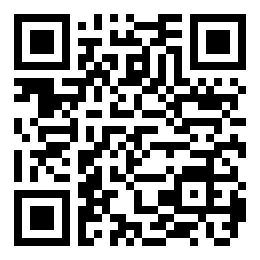 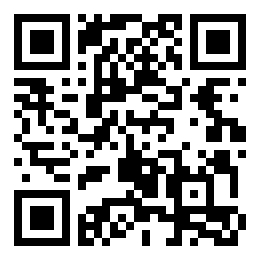